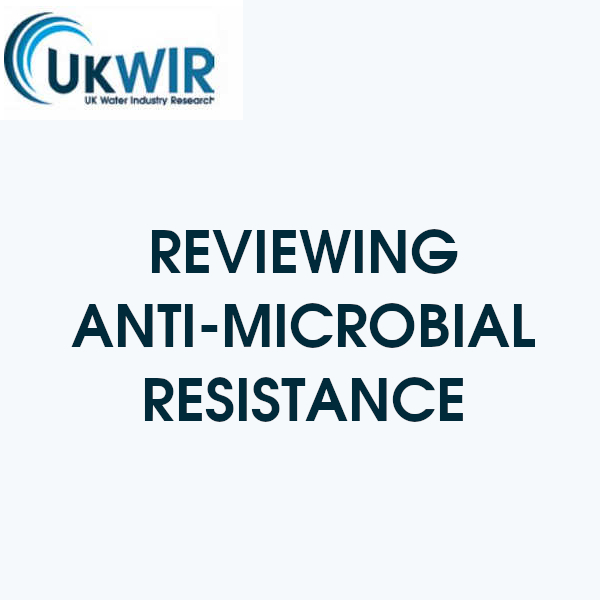 In 2014 a Government press release quoted the Prime Minister, David Cameron saying 'If we fail to act, we are looking at an almost unthinkable scenario where antibiotics no longer work and we are cast back into the dark ages of medicine where treatable infections and injuries will kill once again'. This led to the O'Neill report known as the AMR Review. The review estimated that antimicrobial resistance (AMR) could cause 10 million deaths a year by 2050. Whilst the principal focus of effort has been development of new drugs and limiting overuse and inappropriate use, the Government has longer term aims and is also considering the role of the environment in the spread of AMR.

The UKWIR project Antimicrobial Resistance (AMR) began in October 2019, with Thames Water's Howard Brett as Programme Lead and Tony Andrews as UKWIR Project Manager, to review the current research and to try to signpost the possible implications for the water industry.

At the project dissemination workshop Dr Emma Hayhurst from the contractor, the University of South Wales, informed on-line delegates about the findings of the comprehensive literature review they had undertaken.

It highlighted that there was little understanding of the relative contributions of sewage, agriculture and industry to environmental AMR, and the impact of each is likely to be different in each receiving environment.

AMR in the environment

There are many opportunities for environmental AMR to impact on humans, as illustrated in figure 1, although the single most likely exposure route relevant to the water industry in terms of potential regulation is via contact/ingestion in recreational waters.

Wastewater treatment plant effluent and biosolids are recognised as sources of resistant bacteria into the environment, although their subsequent fate is usually unknown.

Furthermore, the treatment processes for both wastewater and sludges can themselves be a selection pressure, particularly if co-selectors such as antibiotics, metals and biocides are present.

Nonetheless, it is clear that wastewater treatment is of very positive benefit in reducing AMR release.

Emma set out the headline conclusions which included:

The project report sets out many recommendations including:

The results of this project will be fed into a National Chemical Investigations Programme project that UKWIR is project managing. It is investigating AMR as well as assisting regulators and Government in determining what monitoring may be most useful.

UKWIR will consider the recommendation for further research.

Howard Brett said ‘it is essential to understand properly the role and contribution of the water industry to the spread of AMR, and hence if there is justification to develop additional treatment stages to minimise any risks. Our primary role is the protection of public health’.