Review of the National Failures Database 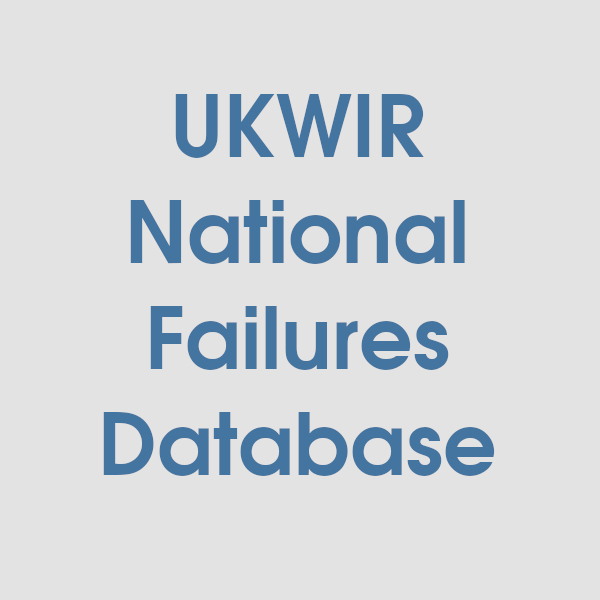 Review of the National Failures Database

A review of UKWIR’s National Failure Database (NFD) has been completed and provides the opportunity to consider the business case for its continued development. The NFD has been a valuable resource of both water mains and sewer information to the industry for well over ten years. It now lends supports to several of UKWIR's 'Big Questions Programme' and its use has been critical in the outcomes from the UKWIR projects on asbestos pipes and polyethylene pipes.

The review was completed by Ovarro supported by KWR and the University of Exeter. The findings from the review were disseminated at a workshop held in June.

David Main gave the history of the NFD that is hosted by UKWIR. It comprises records for both water mains and sewers and he added that ‘it is a world leader’ given such a long period of failures and associated factors. There is no other database in the world with such a long continuous record of failures – almost 30 years.

The message from the project was ‘upgrade, enhance it or lose it’’.

Ovarro’s George Heywood described how they had carried out a survey of UKWIR member companies’ on their views on using the NFD and how it could be enhanced.

They put forward a range of options. Firstly, losing the database means acquiring information separately for each project which could add tens of thousands pounds to the cost of each project as well as months to the project period. Secondly, the database could be kept much as it is or, thirdly, it could be enhanced adding to the power of the database.

The latter would open up opportunities to include many important new factors such as water pressure and soil type , and upgrading the design of the NFD to make it far easier to upload data and retrieve reports.

A relatively recent development that has put the focus on the NFD has been UKWIR’s development of the Big Question Programme and associated Routemaps that have identified future potential projects.

As the article below illustrates, the value of the database on leakage projects has been vital when trying to project the current situation into the medium term. Indeed, figure 2 would have been impossible to compile without such data.

George Heywood highlighted the fact that the data will be vital in helping to answer other UKWIR Big Questions, in particular, ‘how do we achieve zero uncontrolled discharges from sewers by 2050?’’, and ‘zero interruption to water supplies by 2050’ . He set out an array of opportunities an enhanced NFD could deliver.

Ovarro’s Luke Hart dealt with the system specification for an updated database. It should be cloud based and future proofed to make modification easy.

Updating needs to be automated and the option of the database being ‘open sourced’ should be included so that third parties, with permission, can access data. He added that security and validation require attention.

Patrick Campbell concluded proceedings by setting out the ’next steps’ to be taken after the publication of the project report.

These would include developing a briefing paper for the board and a proposal for inclusion in the UKWIR programme. If this is accepted then a project for detailed design and implementation of the new system should be initiated. He added that ‘all this highlights the innovation possibilities of an enhanced NFD’.

The project steering group are keen for a better and dynamic title for the database, so UKWIR would welcome any suggestions.