By clicking "Allow cookies" below you give your permission to this website to store small bits of data on your device. 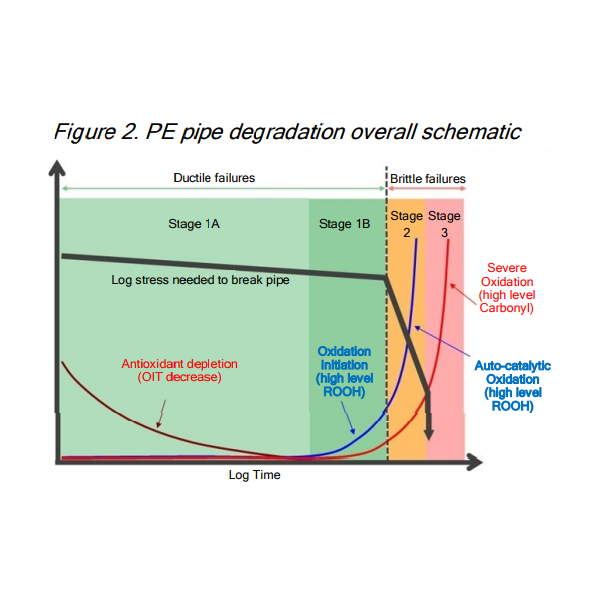 Polyethylene (PE) potable water mains have been in widespread use in the UK water industry for several decades. Over 30 years ago, Severn Trent Water laid two test beds of plastic pipe water mains at nearby pumping stations in their region. The aim was to provide a unique opportunity to establish long term deterioration in ‘real life’ service conditions. An UKWIR project, Revealing the Long-term Performance of Plastic (Polyethylene) Pipes, took the opportunity of exploiting the far-sighted approach taken by Severn Trent Water.

The project with Programme Lead, Patrick Campbell, Affinity Water, Industry Lead, Joanne Claronino of Severn Trent Water and with Rebecca Haylock as Project Manager, was the subject of an on-line dissemination workshop in June.

The project involved exhuming and analysing these test beds of plastic pipes and joints laid over 30 years ago and evaluating the long-term asset performance, the associated risk of asset ageing and the effectiveness of improved electrofusion jointing initiatives.

David Chrystie-Lowe, from the main contractor, ControlPoint, described how polyethylene pipes, that have a design life of 50 years, can deteriorate over time. Figure 3 shows that the first stage of degradation is antioxidant depletion (stage 1A) followed by oxidation initiation (stage 1B) that finally leads to brittle failures (stage 2 & 3).

RPS’ Joe Sanders, informed the Webex delegates that the project required a good deal of detective work. The test beds of plastic pipe water mains were laid by Severn Trent Water between 1984 and 1990 at Coopers Green and Great Gates (both in Staffordshire) and contained different makes and sizes of plastic pipes.

They were laid specifically to allow sections to be exhumed and studied to establish long term deterioration in typical service conditions.

The new project involved unearthing information from a vast number of sources including sixteen separately written reports from 1984 onwards, interviewing Severn Trent Water staff and examining diagrams and old photographs of the site.

Artesia’s Shana Meeus set out the experimental design undertaken to understand how many pipes and joints should be exhumed from the test sites in order to have a certain level of confidence in the final analyses.

A test programme was employed by ControlPoint to determine the level of depletion of antioxidants (stage 1A), with additional testing to ensure that material performance was not affected during that process. This was used in the calculation of the expected lifetime of the different pipe cohorts.

Joe Sanders then presented predicted pipe life at the end of Stage 1A as shown in figure 2. Data on the lengths of main were taken from the UKWIR National Mains Failure Database.

Based on the collection of the 2019/20 analysis results from test beds, the vast majority of polyethylene pipes are still expected to be in Stage 1A, with the earliest (pre 1987) pipes potentially to now be entering Stage 1B.

Based on these results, and previous accelerated testing data, PE100 material, similar to the pipes exhumed from Great Gates, could last as long as 160 years, hence a minimum renewal rate of 0.7% per annum is needed. Overall, the likely lifetime of the pipe is substantially higher than the current design life of 50 years which is good news for the industry.

Figure 3. Predicted time to reach end of Stage 1A compared to presence in UK water network

Finally, David Chrystie-Lowe set out the conclusions from the project including: