Enhancing the response to Cryptosporidium 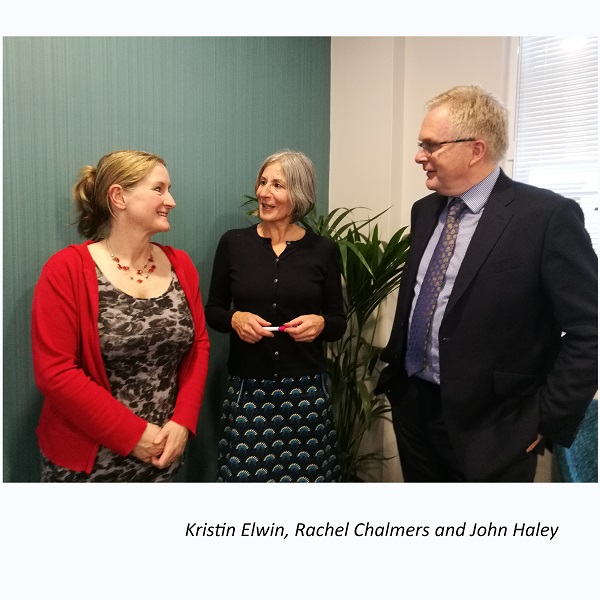 Enhancing the response to Cryptosporidium

Shortly after its establishment in 1994, UKWIR embarked on a programme of research on Cryptosporidium that helped the industry and regulators to combat this health risk. Recently ground-breaking advances in genotyping technology have been identified and are now driving a new UKWIR project, Cryptosporidium: Enhancing the Water Industry’s Capability to Respond, with Public Health Wales as the contractor. A project dissemination workshop was held in January to bring together a wide range of stakeholders ensuring the research would deliver what the water industry needs through enhancements to genotyping technology.

Yorkshire Water’s John Haley, UKWIR’s Programme Lead for Drinking Water Quality and Health, welcomed delegates to the project’s dissemination event noting that ‘it was good to see such a large and diverse set of people’.

The project benefited from the wide ranging expertise of the Public Health Wales’ Cryptosporidium Reference Unit (CRU) whose Rachel Chalmers started proceedings by charting the evolution of genotyping.

She said that ’of the order of a hundred types of Cryptosporidium have been identified worldwide that affect all kinds of living species’.

Fortunately, it is mainly two (C. parvum and C. huminis) that affect humans though diarrheal disease. However, there still is a risk that other types might be implicated in future.

Although fatalities are rare it is an unpleasant condition where diarrheal symptoms that can last up to a fortnight and there may be longer term health implications.
Transmission can be through many routes, such as food and soil, but significant outbreaks have been attributed to drinking water.

The analysis is a costly and time consuming business taking of the order of a couple of days and often stretching resources. Much of the workshop discussion was on how to use a valuable resource, such as the CRU, as effectively as possible.

Kristin Elwin, from the CRU, dealt with the new developments and improvements in Cryptosporidium slide genotyping considering both assay evaluation and validation of operational monitoring slides.

The benefits of genotyping are improved response time, improved typeability and an ability to achieve a result when there few oocysts present.

The workshop afforded the opportunity for Jennifer Peterson, Technical Support Scientist at United Utilities and Nathan Francis with Hannah Simms from Scottish Water, to present their own laboratory experience of slide genotyping.

This was assisting their companies in managing events involving Cryptosporidium, and enabling better risk assessments of water sources.

An international perspective was provided in a recorded presentation by George Di Giovanni from the Metropolitan District of Southern California who was on the project steering group. He confirmed that there were notable parallels in the US and UK in slide genotyping.

George had been involved in two US Water Research Foundation projects on the slide genotyping methodology and evaluation. The projects involved eleven laboratories from five countries and he outlined the main findings.

Guy Robinson from the CRU looked at future research on possible further innovations in slide genotyping.

One of the outputs from the project, managed for UKWIR by David Holt, is to provide guidance to maximise the practical benefits of the typing technology to improve the industry’s response to Cryptosporidium detections.

John Haley, the UKWIR Programme Lead, ended the workshop by reminding delegates that ‘it has been a great project to work on but that, typing is a resource we need use with care to maximise the benefits of public health’.